Phil Lyth from Yorkshire Farming and Wildlife Partnership talks about what ecosystem services could really mean for farmers. 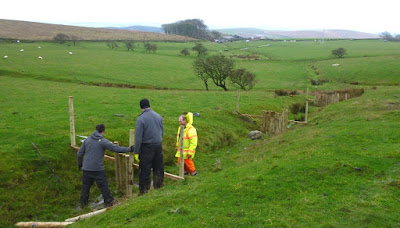 Someone once reminded me that farming has never been about just producing food.  For example, we hear a lot about modern energy crops, but oats to feed working horses were the energy crops of their day, and many plants and animals were and are farmed to produce fibre.

The talk now is very much about paying farmers for ecosystem services, but I suspect many are put off by this term.   Basically it means paying for the things which farmers can, and sometimes already do, produce which are not crops or animals. Examples include farming systems which store carbon and therefore help to combat global warming; practices which help to conserve biodiversity and maintain an attractive landscape; and activities which help to reduce flooding by “slowing the flow” of water though the land.


The latter is particularly topical in the area where Yorkshire Farming and Wildlife Partnership is working on an Environment Agency funded project (www.farmingandwildlife.net/projects.html) following last Boxing Day’s floods, which had major impacts on the Aire and Calder rivers, causing damage in towns including Hebden Bridge and Leeds.  The cost of dealing with this flooding justifies the idea of paying farmers to “farm water”, as long as the benefits of this natural flood management are, well, “watertight”. Natural flood management interventions have, in some studies, been shown to reduce the flood peak by 40%. 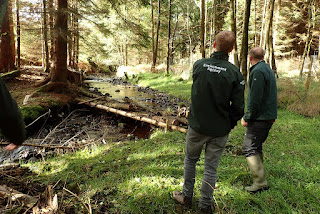 As a result, our work with farmers in the Upper Aire over the past six years, which was instigated to benefit the river water quality, has started to also encourage natural flood management interventions on farms.  These include planting woodland to reduce runoff and increase the rate that rainwater will soak into the soil; planting hedges (50m of hedge can for example store between 150 and 375m3 of water); creating leaky dams in headwater streams to provide temporary storage in times of high flow; and promoting operations such as grassland aeration, which help to reduce runoff, as well as improving grass growth by alleviating surface compaction.


Paying farmers for natural flood management benefits will be a key theme as the government thrashes out the future of agri-environment schemes following Brexit.  Woodland creation incentives which target areas where NFM benefits can be achieved are already available.  Several other significant funding opportunities are currently in the pipeline, so the message is watch this space.  In the meantime, if you would like to know more about how you could be involved on your farm, feel free to get in touch for a chat via the contact details below. 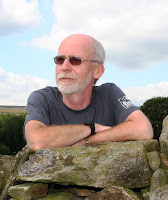